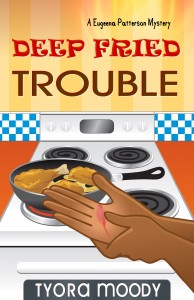 Widowed and officially retired, EUGEENA PATTERSON throws herself into organizing the neighborhood association. This presents a great opportunity to re-connect with old friends and get to know new neighbors like recently widowed Amos Jones, that is until Eugeena stumbles upon her estranged neighbor’s dead body. Eugeena’s daughter is fingered as a prime suspect, but where is she?

Determined to find her missing daughter, Eugeena and Amos sort through a list of neighbors with shady or unknown backgrounds. The more she searches, the more Eugeena becomes unsure about this neighborhood association idea. Someone closer than Eugeena thinks, wants to keep it that way.

Fegins’ report: Tyora Moody has created another intriguing murder mystery of who don’it, mixed with a rising love interest, a need for forgiveness of the past and to practice faith in the Lord. I enjoyed the book so much so that I have recommended this book to my Book Ministry to read. This is the first time that I missed the clues that lead to the murder.

My only concern is about Chris, Eugeena’s daughter’s boyfriend. We are told that he hit her daughter, but we don’t see the follow up of this my Eugeena or her daughter. I only hear the daughter state”he is not a bad guy”. In my mind a 6’4 man who hits your daughter is not a good guy. I wanted to see that explained or Eugeena to address this issue with her daughter. 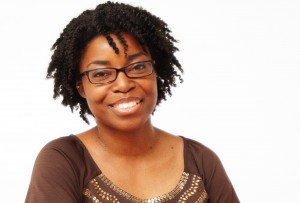 Serving up a creative mix, flavored with FAITH.
And whatever you do, whether in word or deed, do it all in the name of the Lord Jesus, giving thanks to God the Father through him. — 1 Colossians 3:17 NIV

Deep Fried Trouble, the first book in the Eugeena Patterson Mystery series will be released June 2013.
Tyora has coined her books as Soul-Searching Suspense. She is a member of Sisters in Crime and American Christian Fiction Writers. She served as a judge for the Christy Awards for three years.
She owns and operates TywebbinCreations.com, a design and marketing company. For over twelve years, she has worked with authors, small business owners and non-profit organizations to develop their online presence. For free tips, how-to guides and e-courses, visit DIYwithTy.com.

When Tyora isn’t working for a client or doing something literary, she enjoys spending time with family, catching a movie on the big screen, traveling and when the mood hits her, baking cookies. Visit the author online at TyoraMoody.com.

Book Trailer:
View the book trailer below.
http://youtu.be/Us0KIgKDzC4Please use the embed code below:

View the blog tour schedule at:

“Murder on the Down Low” Blog Tour Review

Meet Pamela Samuels Young,
author of Murder on the Down Low 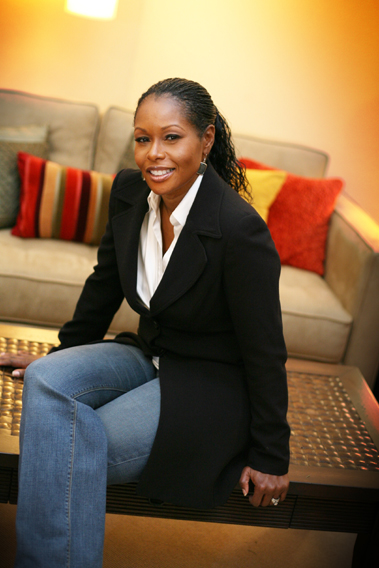 thrillers, Murder on the Down Low, In Firm Pursuit, Every  Reasonable  Doubt, and the forthcoming, Buying Time. A desire to see women and people of color represented in today’s legal fiction prompted  Pamela to start writing despite a busy career as an attorney.  The former journalist and Compton native is a graduate of USC, Northwestern University and UC Berkeley’s Boalt Hall School of Law.  Pamela is the fiction writing expert for BizyMoms.com and is on the Board of Directors of the Southern California Chapter of Mystery Writers of America.

ABOUT THE BOOK -Book review by Linda Fegins

Educated and prominent  African –American males in Los Angeles are being murdered.  The suspense filled book keeps you on the edge to figure out who did it.   This legal thriller is a well-written page turner that realistically portrays the legal system.  Significantly, this mystery  educates the reader concerning the diverse viewpoints  about a provocative social issue causing havoc in the black community, through the lives of its female characters’ struggles and mistakes. There is Vernetta Henderson, a savvy attorney at a big law firm trying to make partner. The others are Vernetta’s  best friend “Special”, J.C.,  a detective for  the Los Angeles Police Department, and Nichelle , a former prosecutor  now a partner at her own law firm.

You find a story of a  “sisterly bond” among these women in this  tale of lies, lust,  deceit,  betrayal, and vengeance. The friends suffer a  lost  link in their circle of friendship when Maya died because of the deceit of her fiancé Eugene, an attorney. A wrongful death lawsuit is filed against Eugene. However, the hot-headed Special is not satisfied with simply suing Eugene for the death of her  beloved cousin. Her hatred and desire for vengeance leads her to become involved in some underhanded activities. Is there a connection between this contentious lawsuit and the five murders ?

As a practicing attorney I was delighted to see  women attorneys of color realistically represented in this legal fiction.  Pamela has this to say about one of the main characters.

Since you have written three novels about her, can you tell us a bit about Vernetta Henderson?

Vernetta is a savvy, 30-something LA attorney who is very career driven.  I created her as the protagonist for my first three novels because I never saw African-American women depicted as attorneys in legal thrillers.  I wanted to create a character who was dealing with some of the dilemmas that I faced as a young attorney in a high-profile law firm.

Although Every Reasonable Doubt was my first published novel, In Firm Pursuit was actually the first book that I wrote.  It’s based on a wrongful termination case that I tried in federal court.  I changed a lot of the facts because the real-life case wasn’t quite as exciting as the fictional one.

I have to admit that I’m a lot like Vernetta.  Early in my legal career, making partner at a big firm was my primary goal.  I worked long hours and didn’t have much of a personal life.  But in my mid-thirties, I began to realize the importance of smelling the roses along the way.   Money and professional achievements are great, but you’ll be missing out on quite a bit in life if that’s your sole definition of success.  I don’t make anywhere near the kind of money I would make if I was still practicing law at a large law firm.  But I have a lot more time to spend with the people I care about and to do the things I love, like writing legal thrillers.

Murder on the Blog Tour Giveaway

Please leave a comment to be eligible to win an autographed book and a 25 dollar gift card from Pamela Samuels Young.  One winner will be chosen each day for a total of FIVE winners.

Follow the rest of Murder on the Down LowBlog Tour at http://bit.ly/MurderOnTheDownLow

For more information about Pamela, visit her at PamelaSamuelsYoung.com.